While I was playing around with Azure AppFabric ACS I got the following error:

Error message 401.2: Unauthorized: Logon failed due to server configuration. Verify that you have permission to view this directory or page based on the credentials you supplied and the authentication methods enabled on the Web server. Contact the Web server’s administrator for additional assistance. 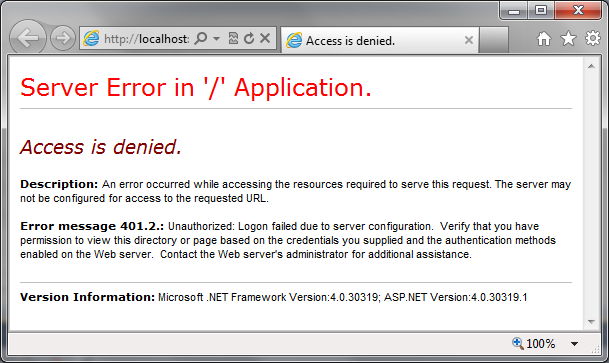 After updating the IIS installation the Web Forms application worked perfectly using Azure AppFabric ACS authentication. If you’re doing this on Windows Server 2008 you can simply modify the Web Role.